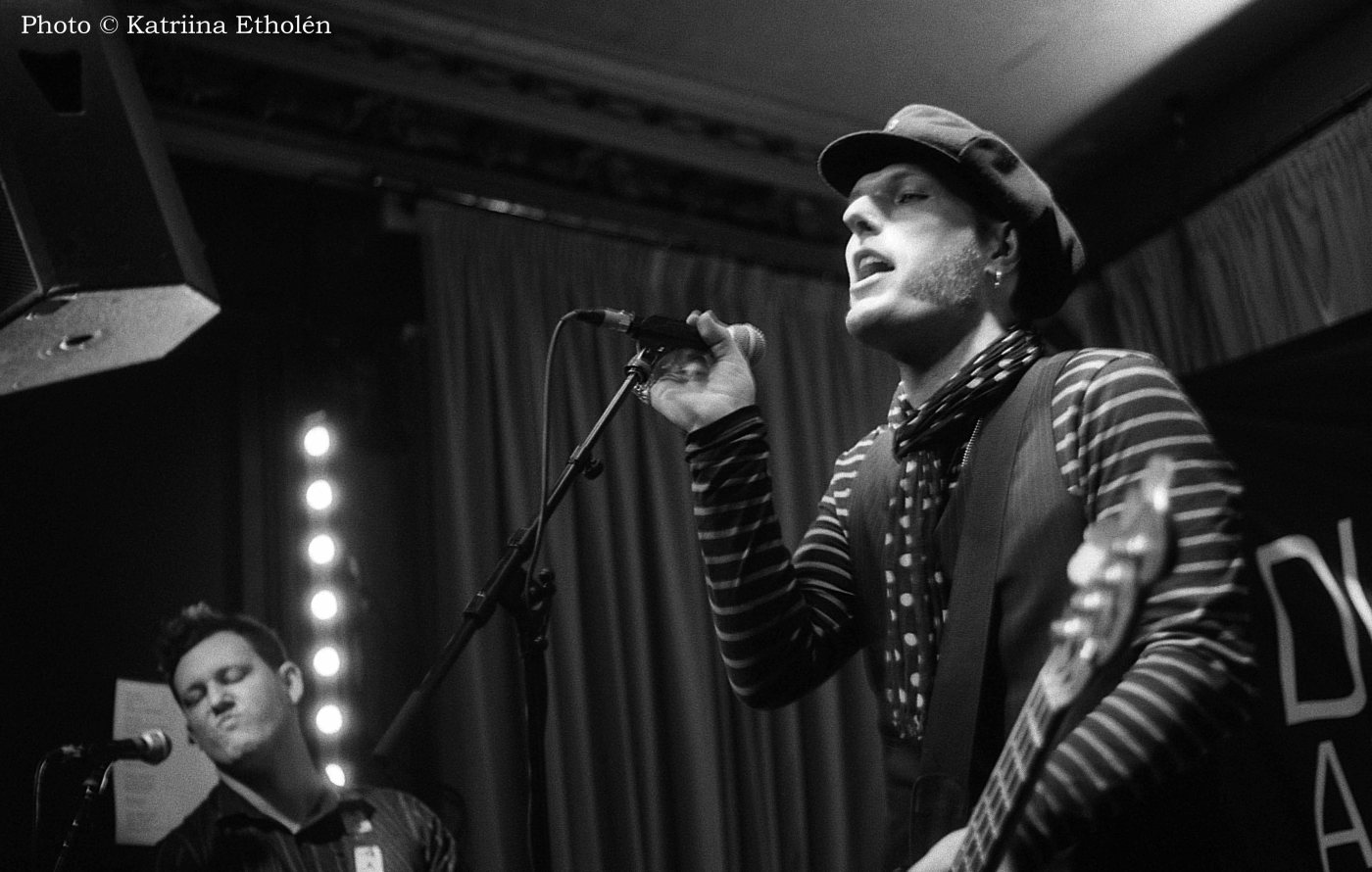 I attended three Matty James Cassidy gigs this month (November 2018) in England: Counting House in Leicester, The Old Wine Vaults in Eastwood, Nottingham and Gullivers in Manchester. The light level in every venue was so low that I had to use a very long exposure time (I use film camera), so the result is very “artistic”.

When I first saw the negatives, I was very disappointed, but among about the 200 shots I finally found some decent ones.

On the first gig I photographed only drummer, as no-one else was lit! Fortunately Ace happened to switch the lights on and when he was suffering from the heat, I was just happy that I could photograph at least one member of the band. 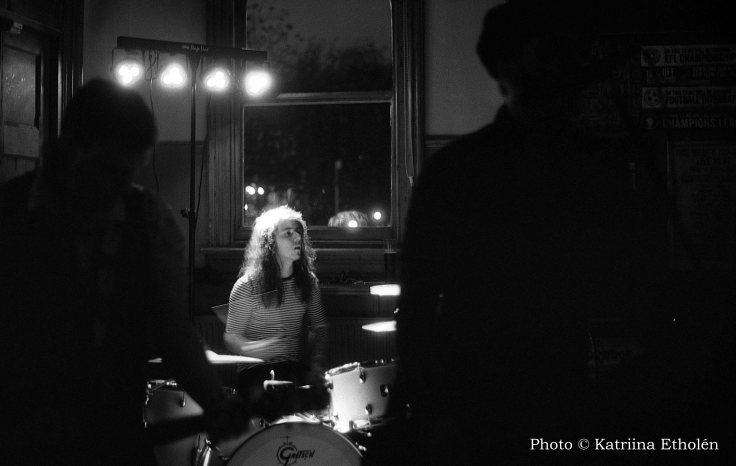 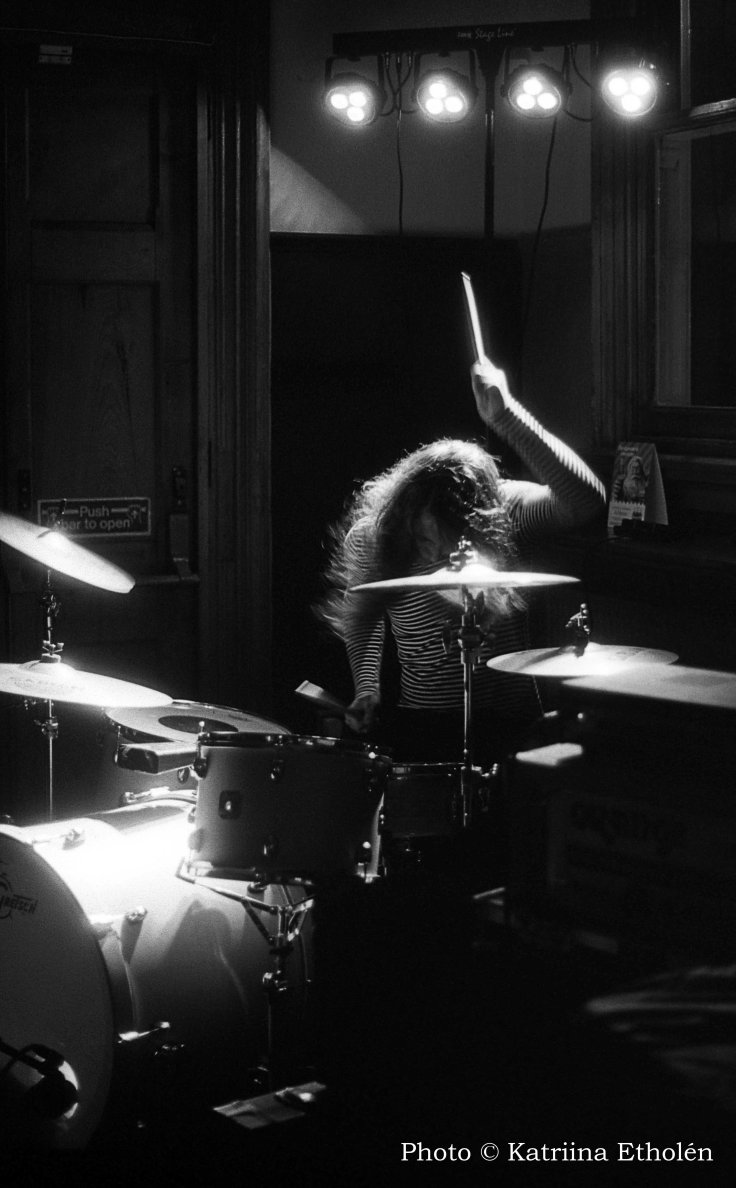 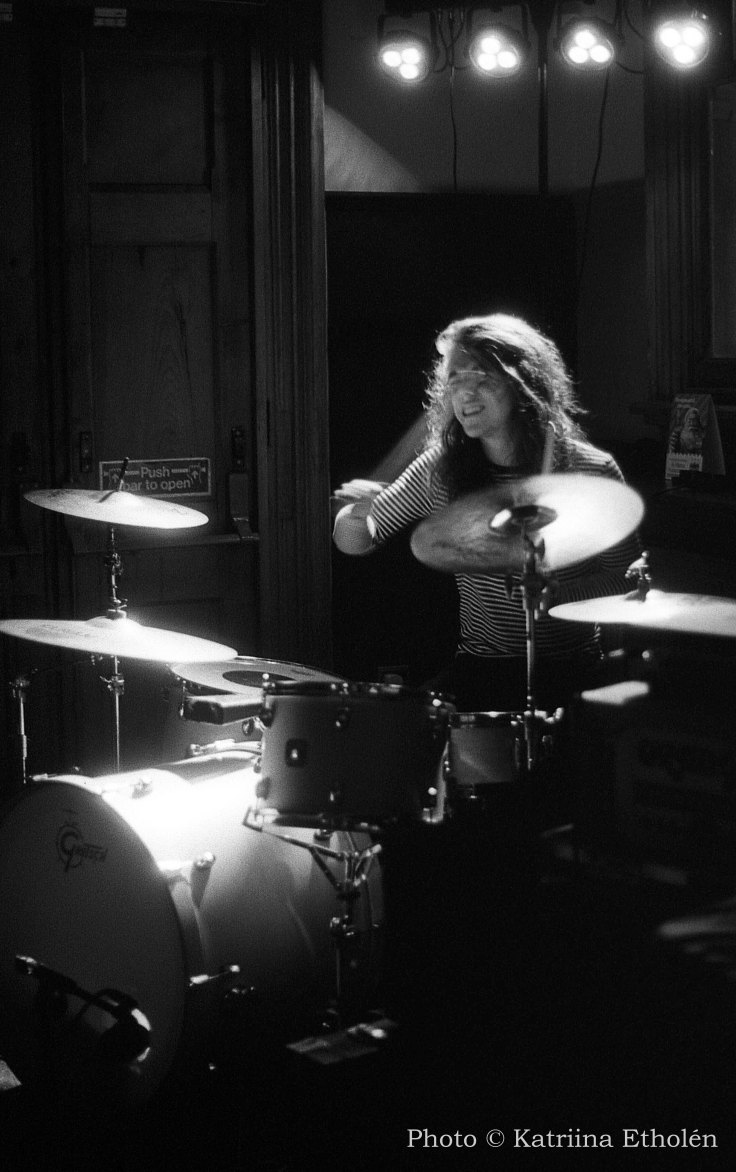 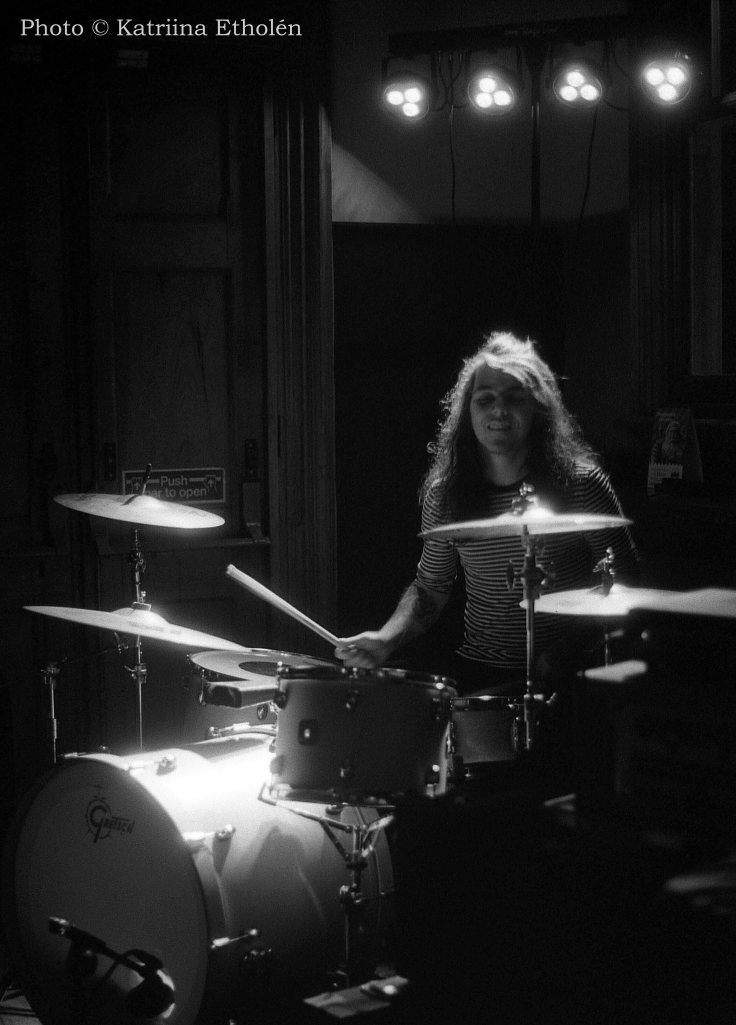 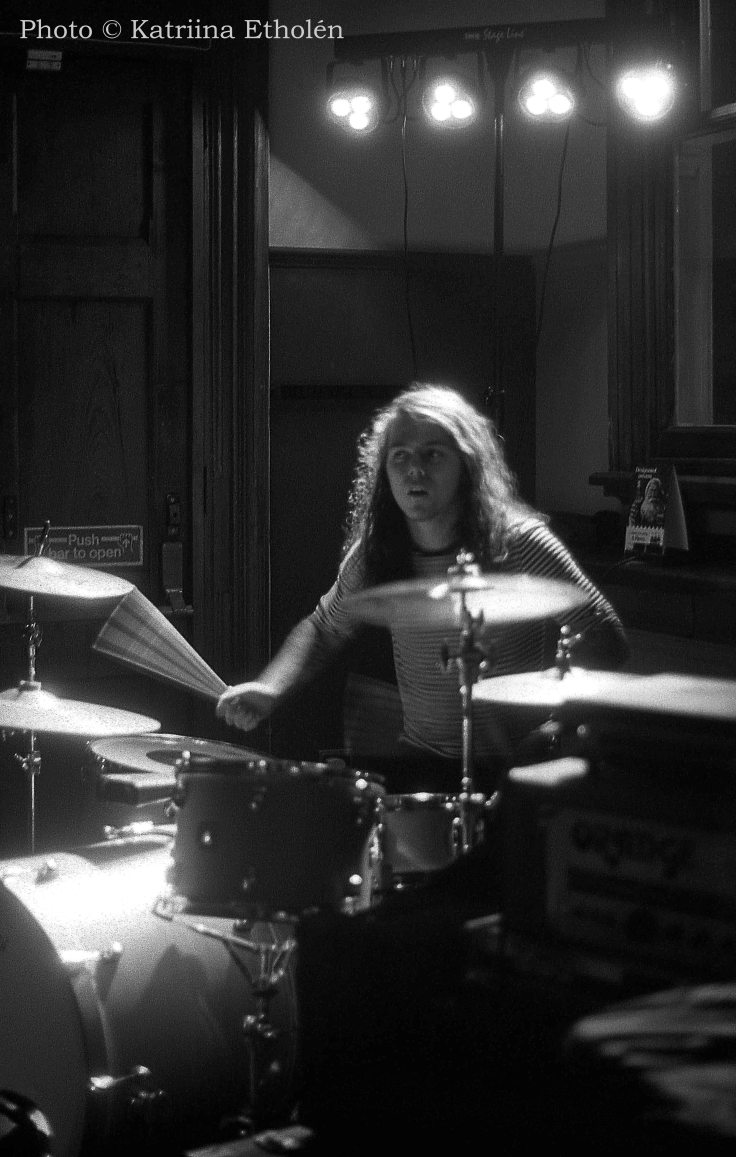 At the Old Wine Vaults there was even a nice stage. The Grade II listed building (dating from 1779) is a nice place and a good venue. But soon I realized that the light level was too low for my old school camera and Matty was not lit at all. I still tried to make some photos. 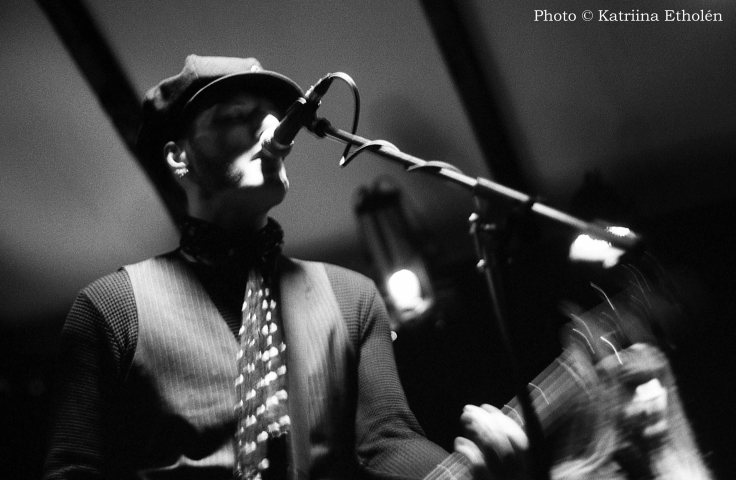 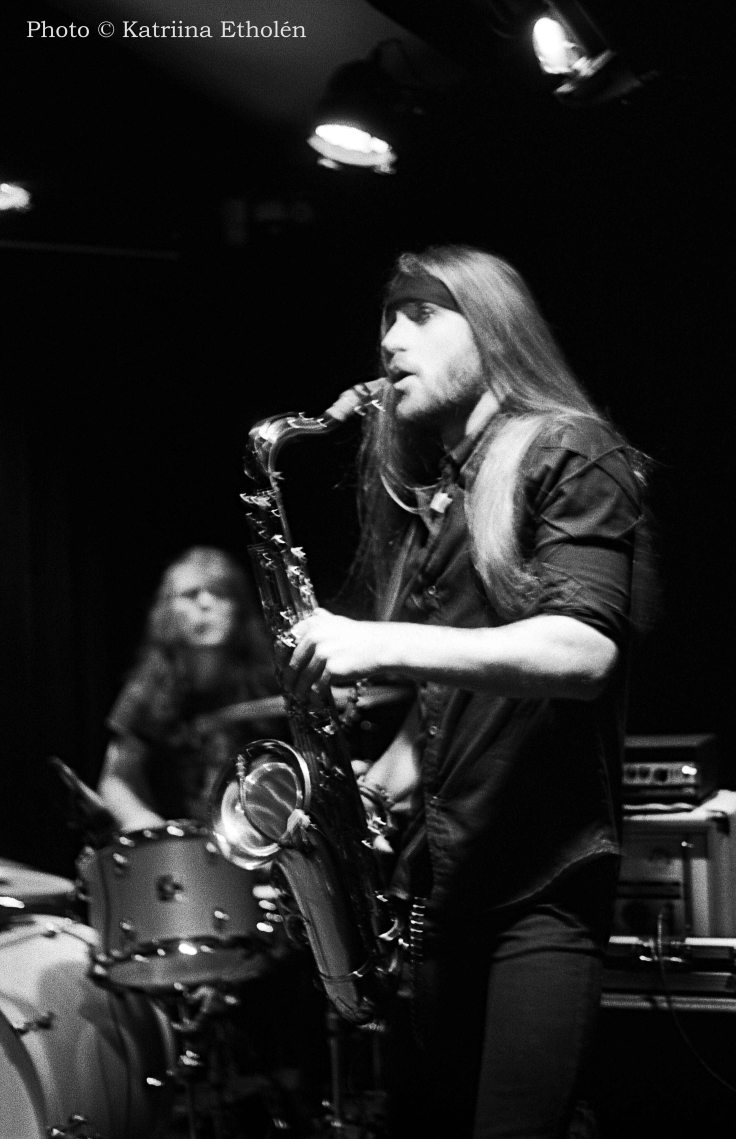 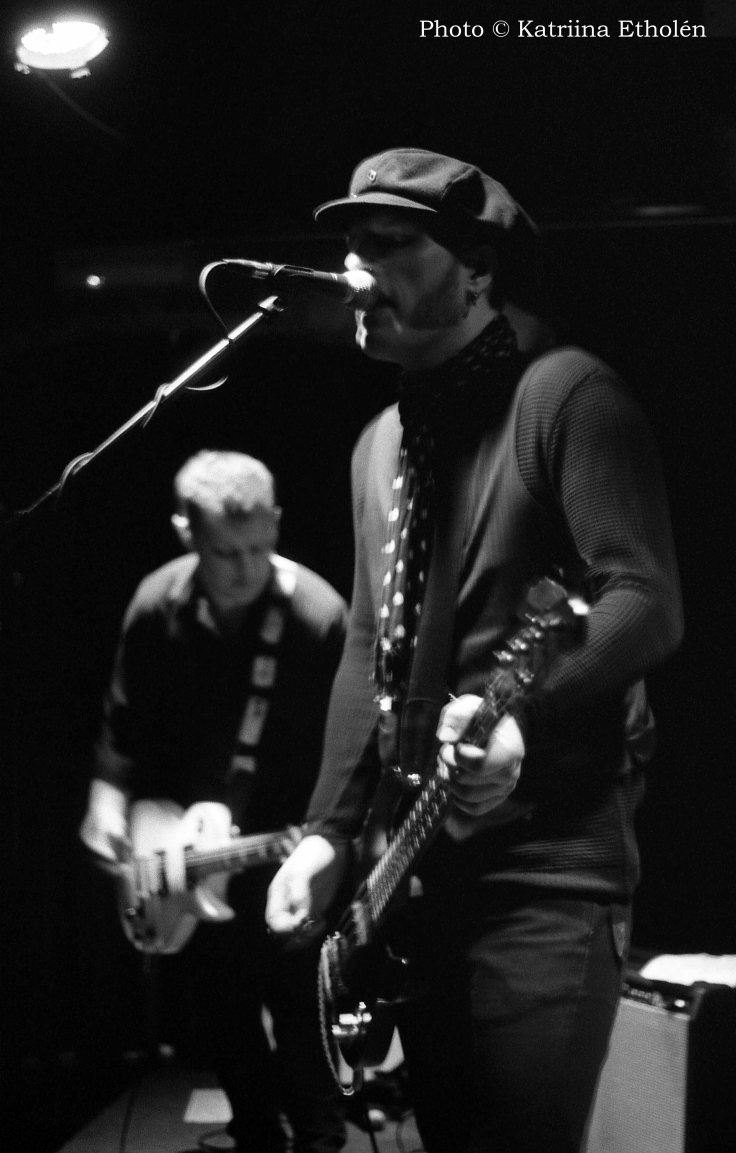 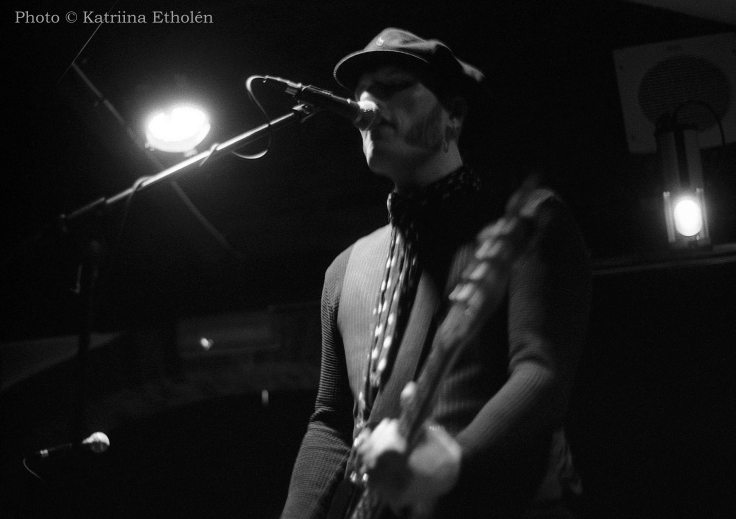 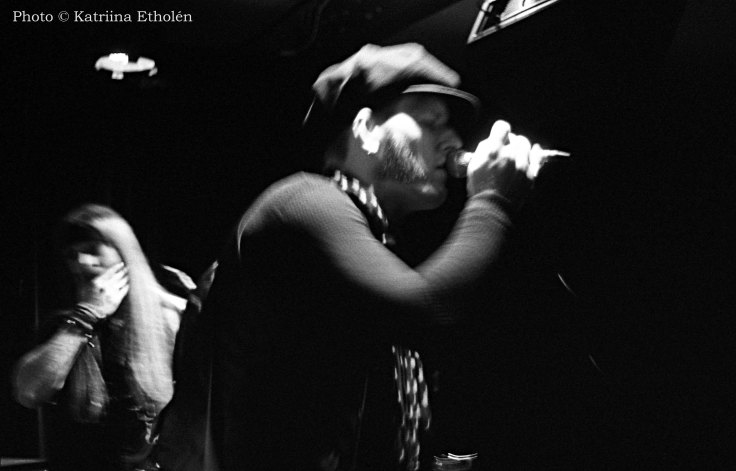 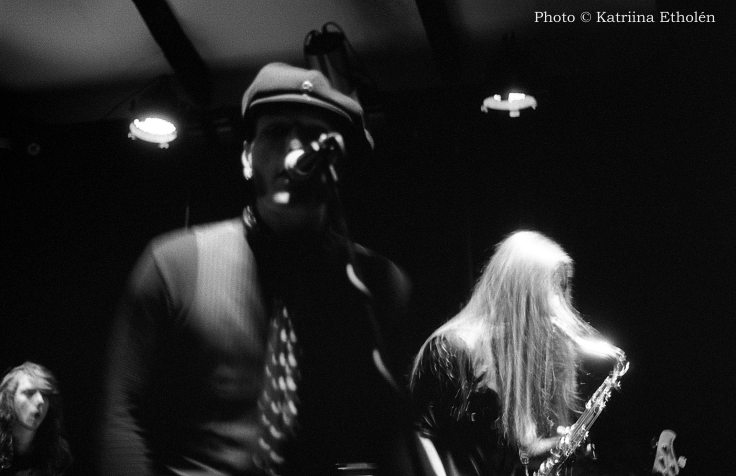 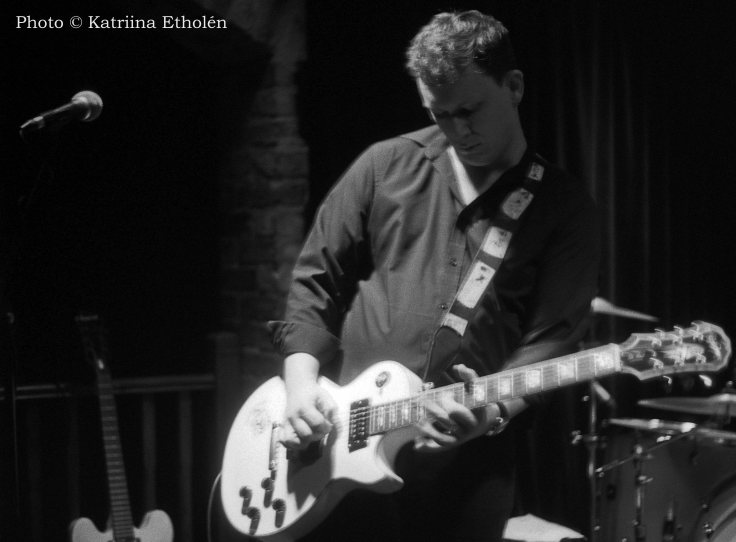 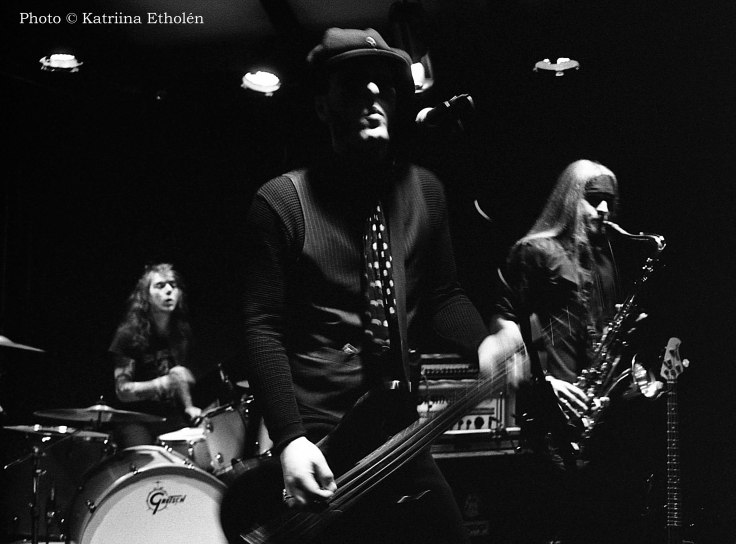 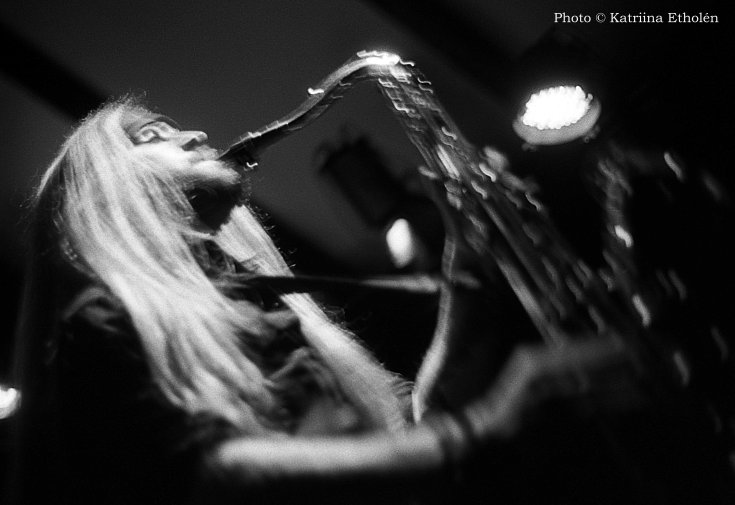 The last gig took place at Gullivers in Manchester. It looked promising, but the light level was low. But I guess I still took the best shot here. 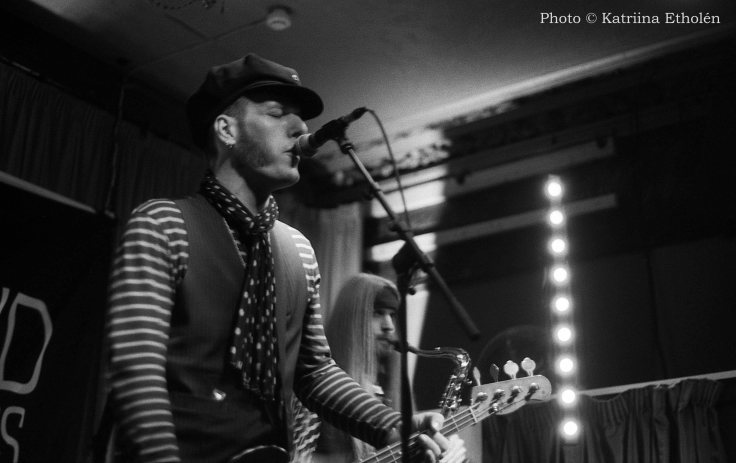 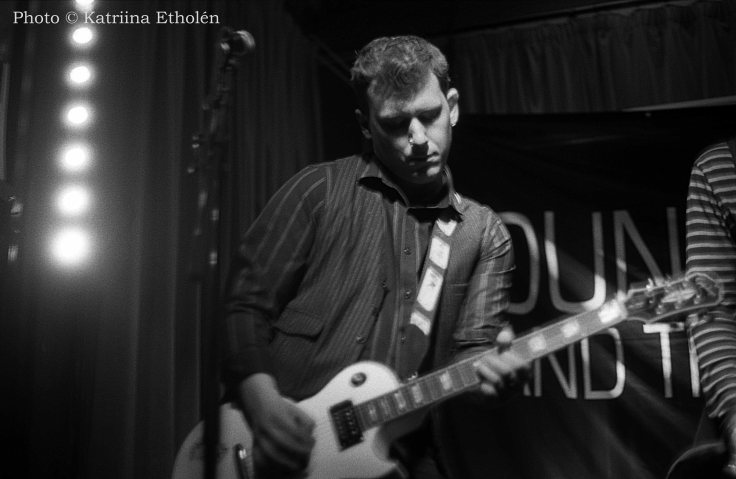 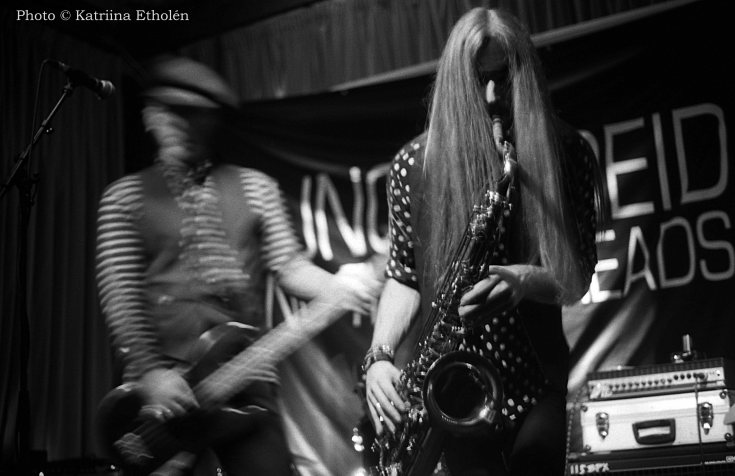 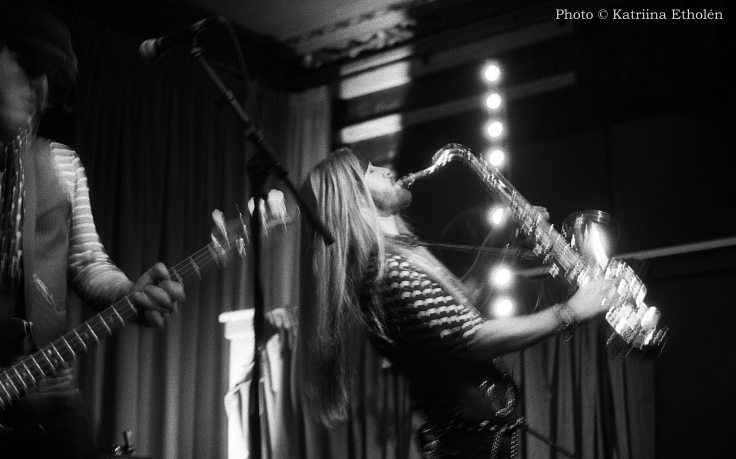 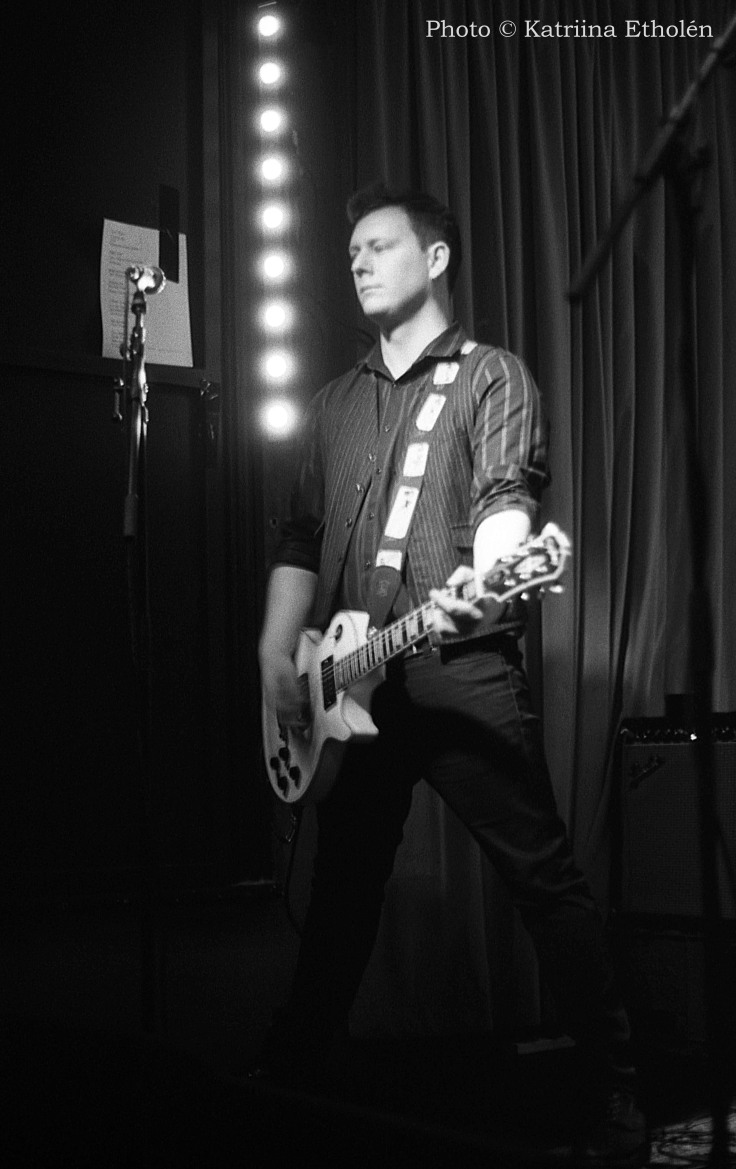 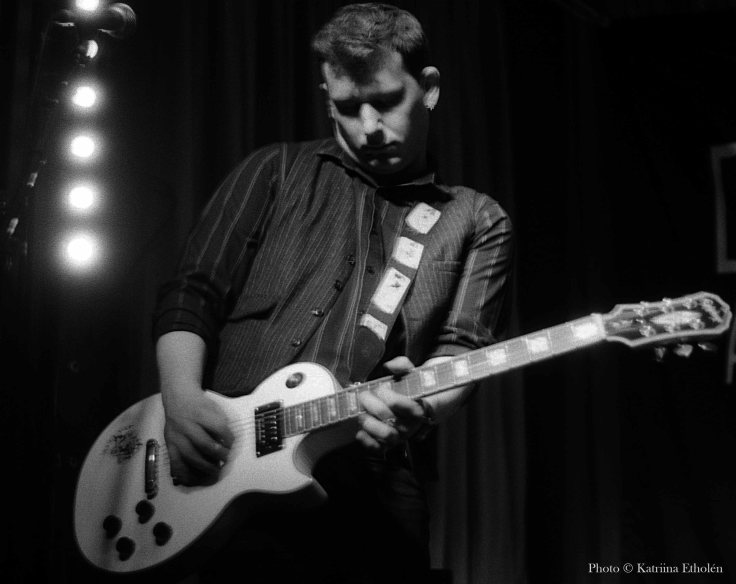 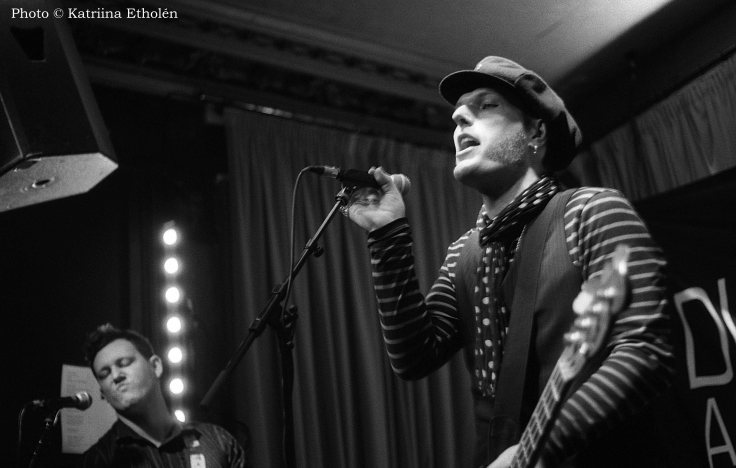 When leaving Gullivers, I said to Matty that I might haven’t got any good pictures because of the lighting conditions. Matty laughed and said that they should start playing better venues. Well, nothing wrong with the venues, but wish they had brighter lights!

But what’s most important, I enjoyed the gigs a lot!

5 thoughts on “Matty James Cassidy & Band – Photographing in the Dark”

Follow Tales From The Brazier's Grotto on WordPress.com
My Tweets